Kabam, the developers of Kingdoms of Camelot recently released an article that is related to the 6th city. Click here to read it.

Getting the Sixth City Deed

The Sixth City Deed and the Sixth City Package have been released. They are avaible either by purchasing them in the shop or by obtaining:

Once you have collected all the required crests and seals, check your quests to collect your sixth city deed. Unlike your earlier cities, the crests and seals will not disappear from your inventory once your city is built. Should you choose to abandon your city, you can build it in another spot as you will still have the deed.

As of Patch Notes 11/22/2010, to win any of the crest or seals needed for the Sixth City Deed, you need to win an attack against an unowned Wilderness of level 8 - 10.

You do not have to conquer it, only be victorious in the battle. These Crests will not always be rewarded, but only when Arthur takes note of your achievement. (When defeating a Wilderness there is only a percentage chance of a Crest drop.)

If a Wilderness does not have all of its Troops (it has been attacked in the last hour), you will have a lesser chance of winning a Crest.

See Crest_Drop_Research for more information on crest and dropping. That is, the frequency and location of crest finds.

Please see Second City for tips on placing your city. 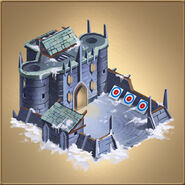 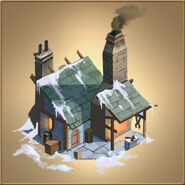 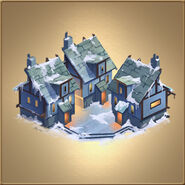 Sixth City Cottage
Add a photo to this gallery
Retrieved from "https://koc.fandom.com/wiki/Sixth_City?oldid=24913"
Community content is available under CC-BY-SA unless otherwise noted.