--> Kingdoms of Camelot is an Internet browser enabled game accessible through facebook. A common abbreviation is KoC. In KoC players build up cities with armies which they can then use to attack Barbarian Camps, Wildernesses or other players. Players can also form alliances which allow then to help each other in building, defense and sometimes offensive wars against other players or alliances. 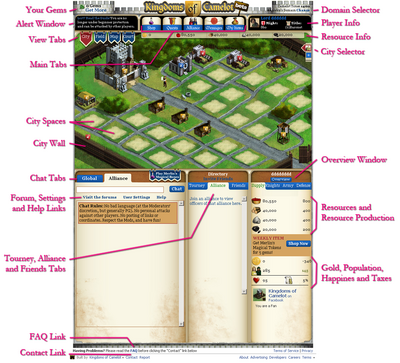 The first step in playing is to build a city. The city enables you to create resources and train an army. Additional cities can then be built. 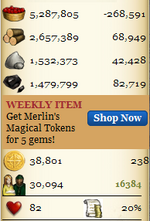 Retrieved from "https://koc.fandom.com/wiki/Kingdoms_of_Camelot?oldid=14620"
Community content is available under CC-BY-SA unless otherwise noted.