Back to page
View source

Barbarian Camps are scattered around the Map along with wildernesses and other players' cities , these camps contain invaders and can be scouted or attacked. When viewing the Map, if you select a barbarian camp, the

message displayed is as follows: "Invasions of barbarians have become a threat to this province. Conquer this city and you may receive a trophy!" However, there haven't been any instances of barbarians attacking or pillaging player cities at this time, but with enough attacks you will recieve a chest on your facebook profile as your trophy! 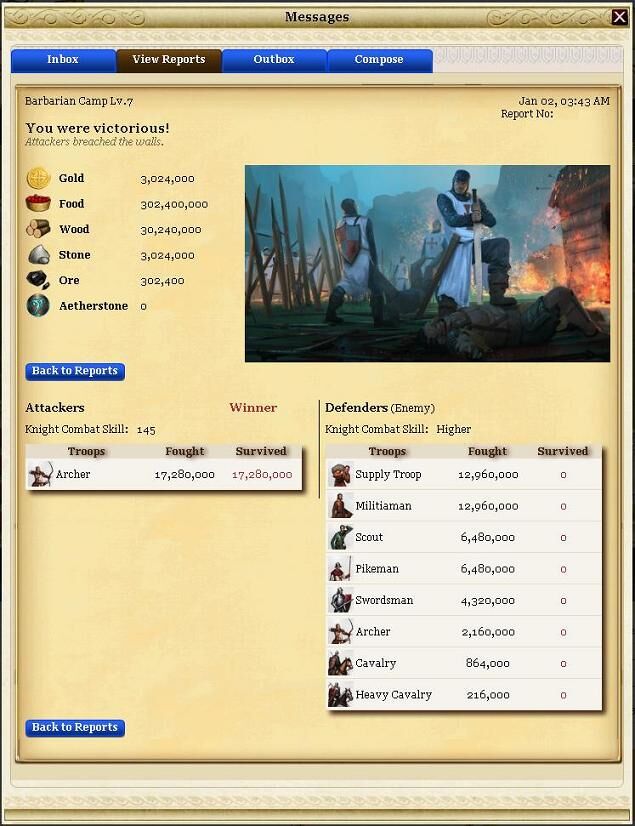